Hameln is a concept album loosely based on the Pied Piper of Hamelin, and suggests a succession of musical tableaux.

The story takes its roots from an old medieval legend, from which the oldest reference dates back to the XVth century, and recounts facts from 1284.

An array of ancient instruments were used to create a dark medieval atmosphere suitable for our story, emphasizing the flute, common thread throughout the album.

Hameln starts at a crucial turning point, when the city is being freed from a rodent infestation, and the Piper is betrayed by his kin.

Every song depicts a different part of the story from the Piper’s point of view who, as nature’s herald, is torn between his will to save mankind and the sentence he has come to deliver.

More than a simple story, Hameln is a metaphor for a nature overexploited by man, that will ultimately be his undoing : the children’s death symbolizes the destruction of the future of mankind. Our Piper knows he has to kill the children to restore a balance destroyed by man, blinded by thirst for power and greed, endless plundering the Earth with no consideration for its well-being.

Every tableau follows Robert Browning’s poem The Pied Piper, and the audio extracts are read by Robert Hardy.

Our story begins with an excerpt of Robert Browning’s poem in which the Pied Piper offers his services to the town council, and frees the city of the rats flooding the streets and stealing food from the stalls.

The Piper is a quite peculiar figure with a mysterious origin and strange powers. By leading the rodents away whilst playing a bewitching tune on his pipe, he saves the city but also his furry friends from human corruption, hence restoring the balance between all.

The Piper’s leitmotif is heard for the first time and will be recurring throughout the album, illustrating the magic ability by which he can either bring abundance or desolation.

The slow-paced verses with a narrative feel relate the Piper disillusioned thoughts as he wanders through the streets of Hameln. They contrast with the epic chorus where he invites the rats to follow him.

At the end, nature itself reaches out to the rats (« one by one, they come to me« ), adding her voice to the piper’s.

The town celebrates in music its liberation from the rodent infestation and resumes its uncontrolled and destructive growth. But the people of Hameln, selfish and ungrateful, refuse to pay their saviour.

The Piper, bitter, can only observe a yet sullied human nature he knows too well, a nature unable to resist corruption.

As he leaves a city where he is no longer welcome, he foresees the inevitable and impending doom, a terrible retribution that will befall on the people of Hameln.

The intro is cut short by martial-like verses when the Piper realises that he is being deceived and can only watch them being corrupted again by their own greed.

During the bridge, instruments stack above the recorder theme until it almost disappears, representing the hearts of men slowly being corrupted despite the efforts of the Piper to prevent this.

Finally, this tension is released with the reprise of the medieval theme, as humans choose to resume their expansion.
The Piper can be heard leaving the town when his theme is played again partly on the half of the outro.

The Piper has been betrayed. He unleashes his anger and foretells the upcoming sentence: he shall strip Hameln from its future by taking the children away.

But this ruthless event has extreme consequences on the Piper and shatters his personality, becoming both the saviour and the executioner.

Tension builds-up during the intro with an irregular and dissonant drone played by the Hurdy-Gurdy, doubled by stick attacks with a bow on the Viola Da Gamba, and hits with French Horns.

First a spoken duet, multiple personalities slowly take over to form the religious chant, heralding the apocalypse to come.

Tension continues to grow during the verses by the use of screams and growls to characterize Anger, enticing the Piper to abandon his compassion for Mankind and kill the children in order to save the Earth (“Become the terror, become the lies, become the anger”).

The bridge acts as a release, in which the Piper abandons his last hopes of restoring the balance. Religious chants and French horns return as anger takes hold of him and he accepts his fate. This can be noted in the change in the lyrics (“Became the terror, became the lies, became the anger”).

Metallic sounds can be heard throughout the song, recalling a scythe used by Death.

With his magic tune, the Piper leads the children out of the city.

The joyful-themed ritornello played by the flute is repeated over and over as the Piper lures the children out of their homes. As they join the dance, melodic layers are added to the ritornello with multiple instruments (baroque and renaissance lute, crum-horns, citole and tzura).

The sound of their steps on the cobblestone streets can be heard in the powerful rhythm patterns play the frame drum.

The Piper goes insane as he leads the children to their death. During the intro, the clavinet and viola Da Gamba play a “funeral march” like theme, as the Piper walks in the snow, desperate, loosing what is left of his sanity, until the relieving scream.

In the last part of the song, the Piper plays again a magic tune, and every time the dreaded three notes of his leitmotiv are played (“and there he blew three notes »), children die.

The heavy contrast between black-metal sections and the rest of song depicts the pain and suffering felt by the Piper.

During the verses, the vocal duet illustrates once again the dialogue between the Piper’s multiple personalities and how he they draw him to the tragic ending. This tension is emphasized by a single note repeated over and over with a psaltery up until the outro, constant reminder of an inexorable outcome.

As in “Apud Omnes Hostes”, instruments with a colder and metallic feel are used throughout the song to symbolize Death scythe.

The Piper has led the children to their death, innocent victims of a corrupted mankind.

Everything is already expressed in Project Pitchfork Requiem, and all we did was to adapt the song it would match our musical style.

It also contains the main concepts of Hameln: the multiple voices of the Piper, the Piper’s flute and the voice of Nature.

All credits go to Project Pitchfork.

Final song of the album, as a requiem sung by the Piper for a dying world, and so many wasted lives. After anger comes sorrow, and a rueful feeling of guilt for what he had to do.

Sadly, he dares not hope of a better future, because human nature is bound to make the same mistakes again, and history will repeat.

And when what was will be once more, so he will appear again, and play these three notes one more time…

The violent and heavy instrumental hits during the intro and outro sound the death-knell of a dying world. The Piper theme is played one last time but developed differently as the events have changed him.

The bodhran rhythmic beat delivers a slow and solemn tempo to this funeral march.

A music-box plays the final notes of Hameln. It is a recurring instrument in our albums, a common thread linking them all: a nursery rhyme for the children of Hameln, a link to our first album, the lost lives of Shackleton’s expedition in Blight…

The story of Hameln comes to a close as the music box plays the final notes of the Piper’s theme. 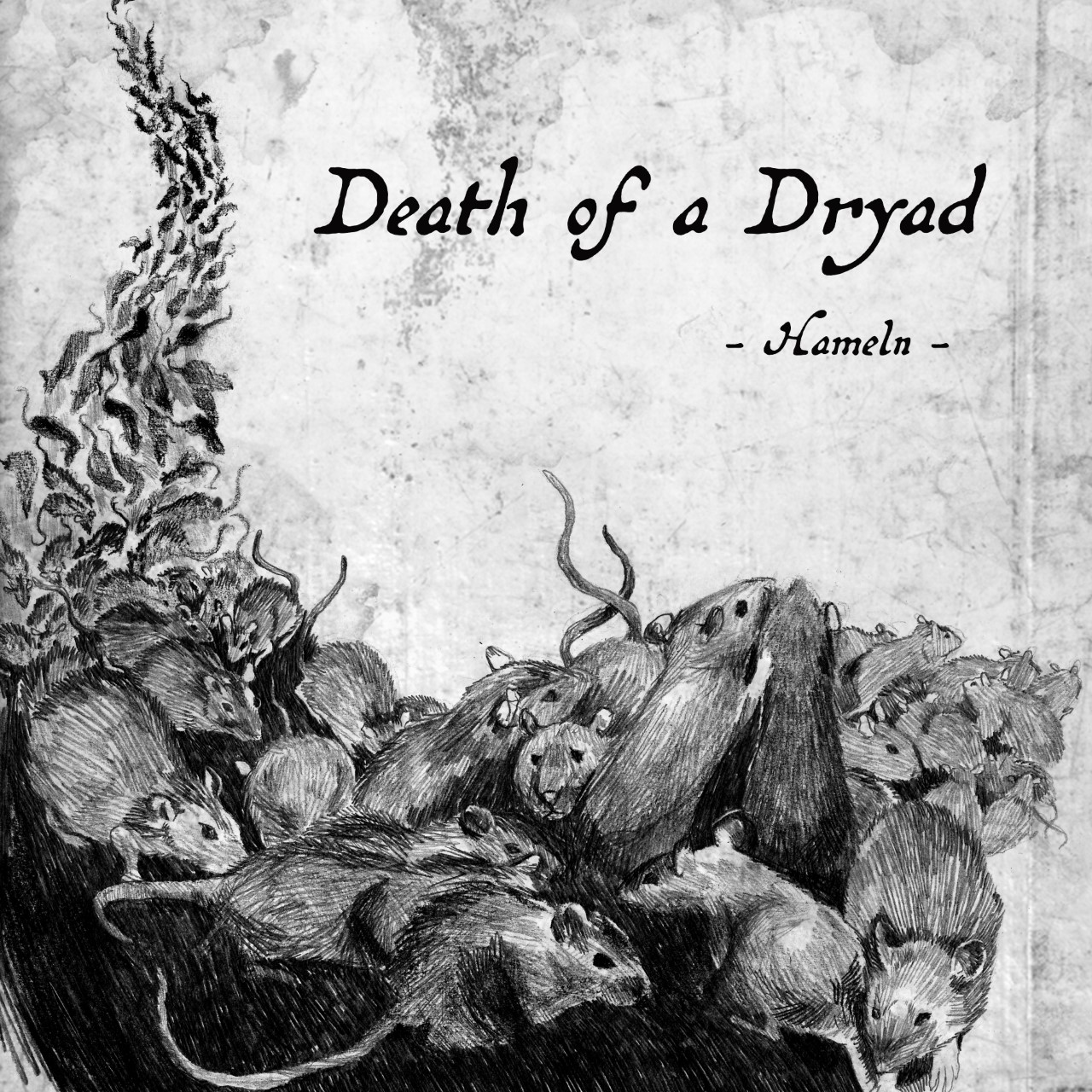 All songs written by Death of a Dryad, except Requiem written by and originally performed by Project Pitchfork.

Recorded between January 2020 and March 2020 at Tidalwave Studio and Dark Faery Records studio.

Death of a Dryad (DD) is an atmospheric dark metal duo from France, whose universe mixes metal riffs with atmospheric ambiances.

DD musical style creates dark, melancholic and sometimes apocalyptical atmospheres inspired by the fatalist awareness of the dereliction of our world and the loss of our bounds with nature. Their musical style ranges from grievous metal to nostalgic medieval tunes, blending old musical instruments ‐ such as psaltery, hurdy‐gurdy, Renaissance recorder or lute ‐ to electric guitars and drums.

Lyrics complete the music to create very personal and arousing songs depicting a decaying universe of lost hope and old legends. Their self‐titled debut album was released in February 2014 on Dark Faery Records and Seventh Crow Records labels, and received positive reviews from several magazines like Orkus, Obsküre or Sonic Seducer, and webzines.

In 2015, they released a cover of the song Dead Souls from Joy Division on the tribute Touching From a Distance (TSC Records / Seventh Crow Records).

In March 2016, they recorded two new songs that were mixed and mastered by Patrick Damiani at Tidalwave Studio (Sopor Aeternus, Falkenbach). They would be included, along with Dead Souls, in their EP “Blight”, released on Dark Faery Records on June 30th, 2016.

In 2018, DD starts working on a new concept album revolving around the Pied Piper of Hamelin. Composing takes time for DD: time to live stories they want to tell, to share feelings felt, and above all, to feel the urge again to transform the harshness of life into music so they can share it with others.

The duo is composed of vocalist / guitarist Nogh who also played in Obnoxious, and bassist / flutist Carol who played with Necroblaspheme. They also both play in the metal band Mind Imperium. 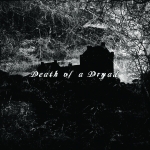 Death of a Dryad 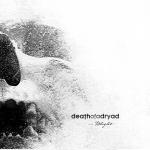 What they Say About Us 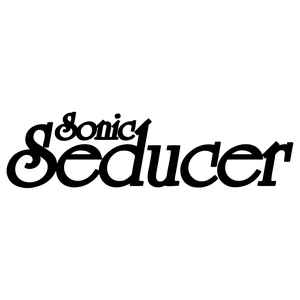